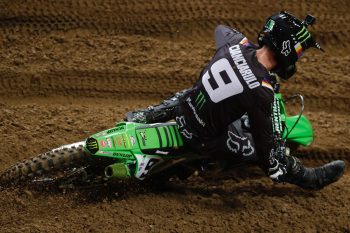 Cianciarulo continued his perfect run in practice and qualifying by topping each session this afternoon, eventually posting a 50.275s that was 0.741s faster than teammate Eli Tomac.

It was another puzzling afternoon for reigning champion Cooper Webb (Red Bull KTM), only managing 14th overall in combined qualifying with a lap-time of 52.365s – over two seconds outside of the lap set by Cianciarulo at the top. 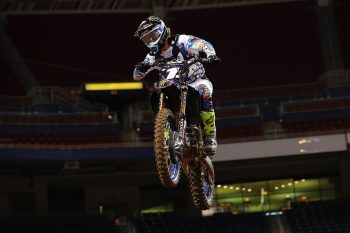 In 250SX West it was defending champion Ferrandis who set the benchmark, his 51.002s a couple of tenths quicker than Monster Energy Star Yamaha teammate and red plate-holder Justin Cooper. 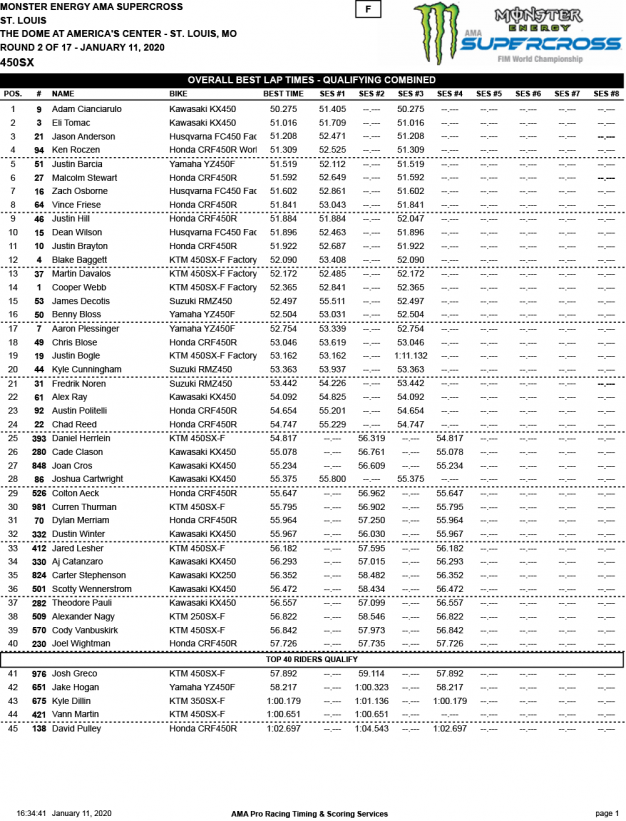 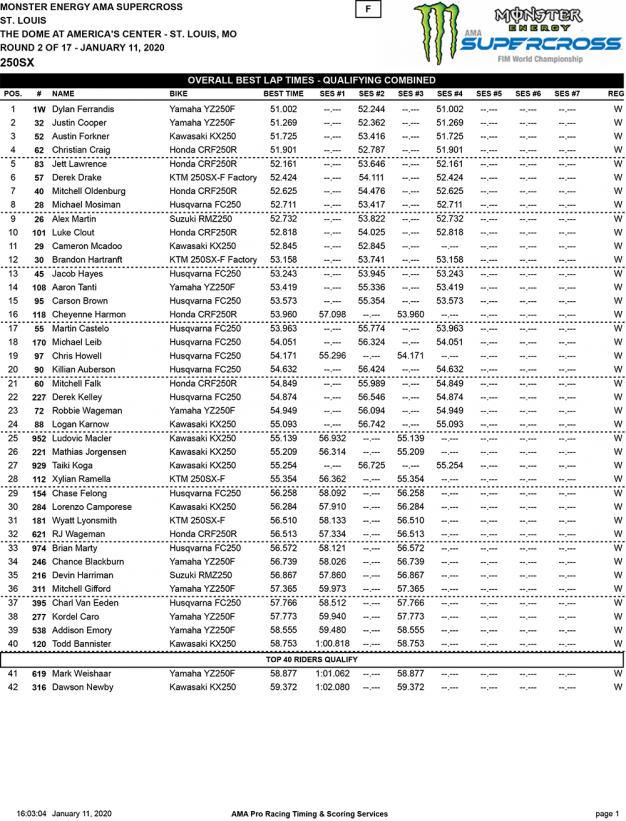