Q&A: What we learned from A1

In this instalment of Q&A, we answer questions on what we learned from Anaheim’s first stop of the 2020 Monster Energy Supercross series. 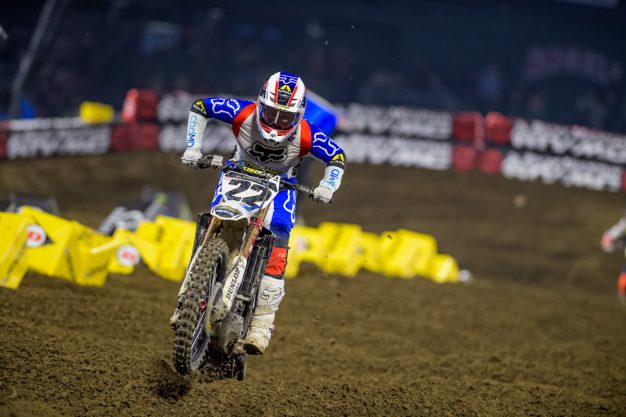 Q: Did Adam Cianciarulo live up to the hype of his 450SX debut?

A: Absolutely! After his victory at the Monster Energy Cup last year in his first 450 appearance, there was a lot of talk surrounding him ahead of A1. He delivered on all fronts, challenging for victory in the main event before a mistake saw him forced to accept runner-up honours. It’s only the beginning for the Monster Energy Kawasaki rider!

A: Definitely! Can he still challenge for race wins? Most likely not, but the dual Supercross champion seems to always have something special up his sleeve. He had to transfer via the LCQ on Saturday for his 250th start – an incredible achievement – where he went onto finish 17th amongst a stacked field. Not bad for a 37-year-old!

Q: Back-to-back A1 wins for Barcia, does he have more to give?

A: Justin Barcia claimed victory at A1 last, and that was the highlight of his season. We think it will be different this year – he’s been very vocal about the amount of testing he’s completed to shape the bike around his needs, and looking at his form in Anaheim, it could be a break out year for the Monster Energy Yamaha Factory Racing entry. 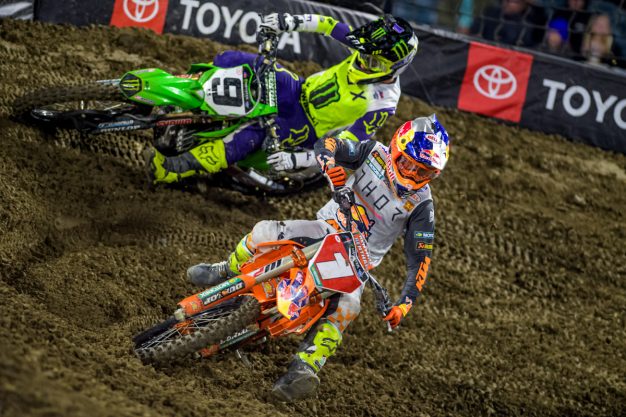 Q: What does Cooper Webb’s early form look like?

A: Considering he battled an illness last weekend and still wound up on the podium, his form is looking good as he defends a premier class title for the first time. He should be back to full health this weekend, and we can’t wait to see what he unleashes on his rivals.

Q: What happened to Tomac?

A: It was a less than stellar night Monster Energy Kawasaki’s Eli Tomac, who finished up seventh in the 22-lap encounter. It’s not doom and gloom for the number three, as he was in good company despite being outside of the top five – it’s understood he battled arm-pump throughout the night, hindering his performance.

Q: The were a few heavy-hitters outside of the top five, what happened there?

A: The 450SX field is incredibly stacked this season – seeing riders like Tomac, Ken Roczen (Team Honda HRC) and Justin Brayton (Team Honda HRC) outside of the top five like they were at A1 is something that will likely happen all season long. We also need to take into account the likes of Rockstar Energy Husqvarna Factory Racing duo Dean Wilson and Zach Osborne, plus Aaron Plessinger (Monster Energy Yamaha Factory Racing), who battled their own issues last weekend and will definitely play a factory in the rounds to come. 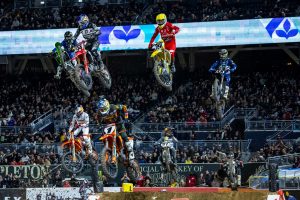