Notes in brief following A1's opening round of the new season.

– A lot of the talk surrounding Anaheim 1 this weekend was the bike changes that Monster Energy Yamaha’s Justin Barcia made in the pre-season. He did much of the development since Yamaha doesn’t have a factory team test rider for the YZ450F, said to be riding a more standard-based version of the bike in comparison to last year. The result? A heat race win and victory in the main event!

– Many expected more out of Eli Tomac at Anaheim, especially since he qualified second. Fourth in his heat wasn’t overly concerning, but in the main event he finished seventh and almost 25 seconds from victory. Sure, he did work his way forward from 11th on the opening lap, but not in the fashion that we’ve seen at times in the past and he did mention to the crew from Racer X that the dreaded arm-pump returned.

– To see Cooper Webb all the way down in 15th at the conclusion of qualifying was a major shock before it became clear that he was battling a sickness at round one. His heat race provided momentum though and once the gates dropped on the main event, he put forward an important ride to salvage a podium in third. It was a remarkable result when you consider how things could have gone. 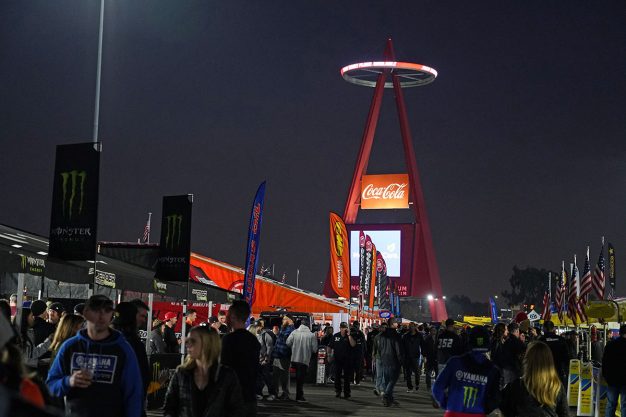 – It’s difficult to contain the excitement about the early form that Adam Cianciarulo is displaying on the KX450 after, firstly, winning the Monster Energy Cup and then yesterday setting the pace throughout practice/qualifying on his way to P2 in the final. We knew he would be solid at Monster Energy Kawasaki, however, it’s beginning to appear that we could be witnessing something even more special than predicted.

– In aiming for his 250th main event start at A1, Chad Reed didn’t make things easy on himself by having to go through the LCQ! A first-turn fall in the heat dashed his chances of qualifying directly, but in the end he made it through on what was a relatively tough night for the retiring dual champion. One thing though, his opening ceremony intro was next level and it’s fitting to see him take it all in for ‘one last ride’.

– Could Red Bull KTM call in a replacement for Marvin Musquin mid-season? Team manager Ian Harrison hasn’t ruled it out, as reported following the pre-race press conference at Angel Stadium on Friday. Realistically, if things go Webb’s way then it will just be him throughout the season, but never say never – what an opportunity it would be!

– There were two riders who managed to take incredibly good finishes in the premier class without much attention on Saturday night and they were Blake Baggett in fourth and Jason Anderson in fifth. Starting off on the right foot can go a long way in this sport, so for each, top five points will be instrumental. Now, it’s a matter of building momentum and making these next few rounds count if they are to challenge for the crown. 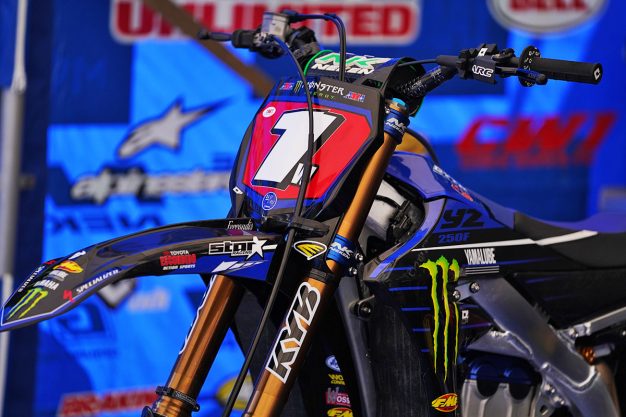 – Monster Energy Star Racing Yamaha didn’t actually decide which riders it would field in 250SX West until Saturday morning. Yes, race-day! All four riders including Dylan Ferrandis, Shane McElrath, Colt Nichols and eventual winner Justin Cooper were ready to go, however, in the end as we know it was Cooper and defending champion Ferrandis who lined up.

– Geico Honda unveiled a striking new livery at A1 for Christian Craig and Jett Lawrence, featuring chrome elements that most certainly stand out aboard the factory-backed CRF250Rs. Craig ultimately scored a podium following the penalty applied to Austin Forkner, while Lawrence displayed pace on debut to finish inside the top 10 in his first American supercross showing.

– One new team of interest that debuted at Anaheim 1 was the Penrite Honda Racing team out of Australia, which is the organisation that Justin Brayton has won his four-straight championships with down under. Fielding Mitchell Oldenburg and Luke Clout in 250SX West, it was a promising first showing for both in red, however the main event went south when both were challenging for a top 10 finish.