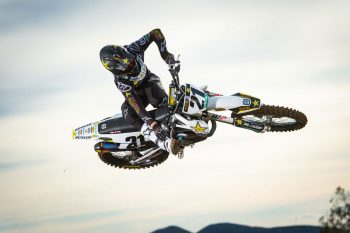 Husqvarna Motorcycles North America, Inc. is excited to announce Rockstar Energy Husqvarna Factory Racing’s rider lineup for the 2020 race season, which includes a dynamic and seasoned roster for both the 450SX and 250SX classes. The team is set to begin its 2020 race schedule on January 4 with the opening round of the AMA Supercross Championship in Anaheim, California.

The Rockstar Energy Husqvarna Factory Racing 250SX roster boasts a solid trio as well, including Michael Mosiman, who will compete in the 250SX West division following a breakout year in 2019. Making his 250SX debut is Jalek Swoll, who will be racing alongside the team’s newest addition, RJ Hampshire, in the Eastern division giving the Husqvarna-mounted team a solid group for 2020.

Bobby Hewitt, Rockstar Energy Husqvarna Factory Racing Team Manager: “Going into this upcoming season, I believe that we have the strongest group of riders yet. Having a two-time champion in Jason Anderson, a three-time champion with Zach Osborne and also Dean Wilson, the crowd’s favorite, as a one-time champion really gives us a solid 450 program. On the 250 side, having secured Michael Mosiman for another two years is big as we believe that Michael is going to win some races and contest the championship. RJ Hampshire, who is a veteran rider and knows how to win races, is new to the program and we believe that he is ready to compete for the championship as well. And last but not least, Jalek Swoll, who has really improved his supercross technique as a rookie and we look forward to seeing him run up front, too.”