Plessinger ‘back to 100 percent’ for second 450SX campaign 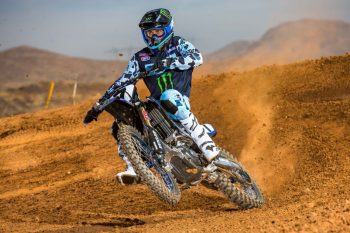 After winning 250 class championships in supercross and motocross during 2018, 23-year-old Plessinger’s rookie 450SX season this year was largely affected by injury.

“With Aaron, we have a young talent who has shown his championship-winning abilities in the past,” Perry commented. “In 2019, his rookie season, he rounded out the top five prior to a massive setback at Daytona. Now, as Aaron starts his sophomore season, he is back to 100 percent and focused on the task at hand to return to his winning ways.”

Plessinger will once again be partnered with the experienced Justin Barcia – winner of Anaheim’s opening round one year ago – at Monster Energy Yamaha Factory Racing, who also missed a number of rounds during 2019.