Field shapes up as Anaheim's round one looms. 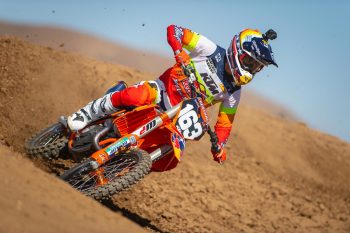 250SX teams have solidified their line-ups ahead of the 2020 Monster Energy Supercross opener at Anaheim, scheduled to take place on 4 January inside Angel Stadium.

Completing the list of factory teams is JGRMX Yoshimura Suzuki Factory Racing, who have re-signed Jimmy Decotis alongside Alex Martin. Teams are still to confirm which coast their riders will contest.