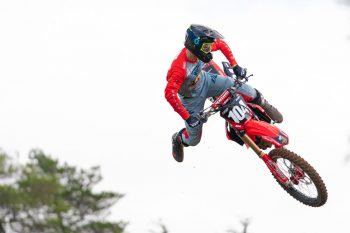 Australian revelation Luke Clout will return to Monster Energy Supercross during the first six rounds of the 250SX West championship in 2020, which comes as part of his deal with Penrite Honda Racing.

The Australian-operated team, which recently announced it will be expanding with a US effort in the 250SX class, signed Clout to race locally next year in the premier category, with the opportunity to contest the first six rounds of supercross aboard a CRF250R.

“It’s pretty exciting because Yarrive [Konsky] and I had been going back and forth for a bit, but we came up with something that we both agreed on and we’re both really happy,” Clout told MotoOnline.com. “I’m excited and I think the whole team is.

“This USA thing is going to be exciting, so I look forward to working with Honda and everyone involved. We’ll be in 250SX West for the first six at the moment, so we’ll just take it as it comes – the 450 class over there is a totally different animal over there. At my age, to go to a 250 I think is a smart decision.”

Round of supercross is scheduled for 4 January at Anaheim’s Angel Stadium in California.